Carnegie SVRA is located in Corral Hollow Canyon, east of Livermore and has a history of people finding the resources they need to eat, work, and build.

For thousands of years this canyon was shared among the Muwekma Ohlone, Northern Valley Yokut, and Bay Miwok. The indigenous people came to this canyon to hunt, fish, gather plants and perform ceremonies.

When the Spanish journeyed through this canyon via the El Camino Viejo in 1776, they named it "El Arroyo de Los Buenas Aires" or "The Creek of Good Winds."

During the gold rush era, new settlers looking for gold would pass through the canyon on their way to the southern gold mines. They may have stopped at Zink House Tavern and General Store in the canyon for refreshments and supplies.

In the 1850s, black gold or coal was discovered in Corral Hollow Canyon which led a rush of entrepreneurs in search of coal. Numerous mining companies started and ultimately failed until John Treadwell started the Tesla Coal Mining Company. Tesla was the second largest coal producer in California and shipped quality coal to a briquette factory in Stockton.

Next to the mine was a town of about 1,000 people. The town had a town hall, library, ice cream parlor, livery, schoolhouse, plaza with a bandstand, and 4 housing communities. 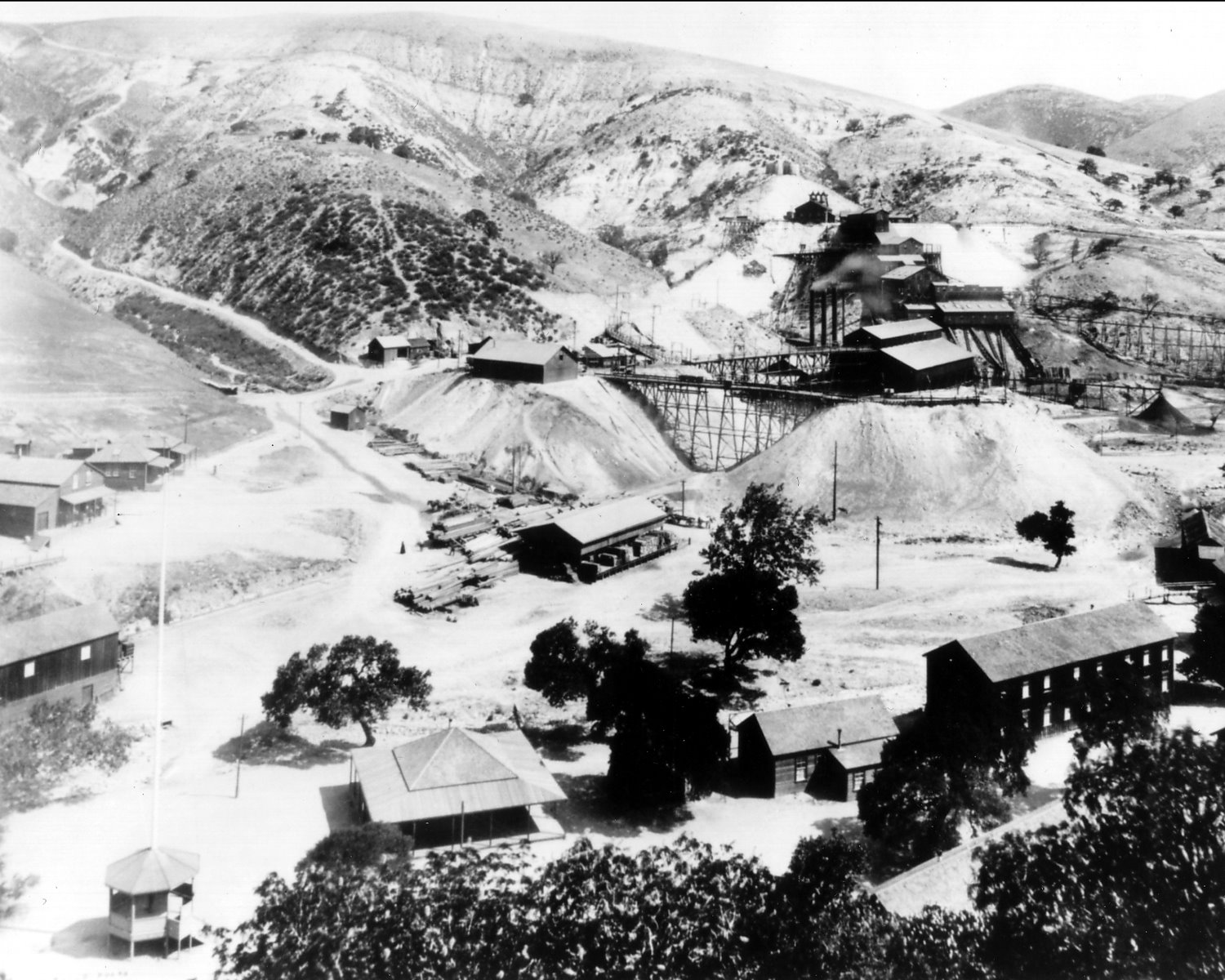 While mining coal in Tesla, clay deposits were found and led to the construction of the Carnegie Brick and Pottery Company in 1902.  Owner John Treadwell named his newest enterprise after a man he admired, philanthropist Andrew Carnegie.  By 1910 as many as 110,000 bricks a day were being shipped all over California stamped with the name “Carnegie”.

A little town of about 350 people sprung up around the brick works that included a hotel, two bunkhouses, a bakery, saloon, slaughterhouse, school, and 17 homes.

In 1907 the bank that held the mortgage on the plant failed.  Despite high demand for brick, in late 1911 the company stopped production.  On May 27, 1917 at 3 p.m. the tall smokestacks at the plant were dynamited as a small crowd stood watching.

The foundation of the brick works is all that can be seen in the park, but Carnegie Brick and Pottery Company’s legacy continues in stately buildings such as the Oakland Hotel, the Los Angeles County Natural History Museum, and the Carnegie Libraries in Livermore and Lodi.  For a short time from 1902 to 1911 Carnegie brick was used to build some of California’s most beautiful buildings.

For years the area supported a large cattle grazing operation and also became a popular picnic destination for residents of Livermore and Tracy.  By the early 1940s motorcyclists had discovered the clay soils of Corral Hollow to be good for off-road riding.  In the 1960s the Carnegie Cycle Park provided a setting for motorcyclists to test their off-road skills.  As off-road recreation gained popularity, Carnegie was purchased by the state in 1979 with OHV Trust Fund monies to create the present-day Carnegie SVRA.